In 1969, Robert Kahn, a genius scientist known today as the "Father of the Internet," pondered in a scientific research project how to connect computers and achieve information transfer. Three years later, under his auspices, 40 computers across the United States were interconnected via the Internet, and the Internet was moving toward the world. At that time, he probably did not expect that this connected computer technology would completely change the world several years later and change the way all industries operate.
When it comes to the remote control, what you think of is definitely the long, black or gray plastic panel. Whenever you want to watch TV, pick it up and down to switch back and forth between what you want. However, in recent years, the panel itself, which is not cool in appearance, has been considered more and more impractical. People began to imagine what the remote control should look like after a few years or a few years.
Remote control tools passive change
The birth of the remote control was later than TV 30-40 years. In the era of the remote control, people watched TV and wanted to switch, change channels or adjust the volume, and they had to press the button on the TV. Until 1950, a company named Zenith launched the "Lazybones" series of TV remote controls, which meant the start of the TV operation revolution. Although it is not a true wireless remote control, but requires a cable to connect the TV, and sometimes it is very easy to trip, but people are rushing to it, after all, use a small knob on the sofa to change Taiwan, and do not have to get up frequently It is really happy again. 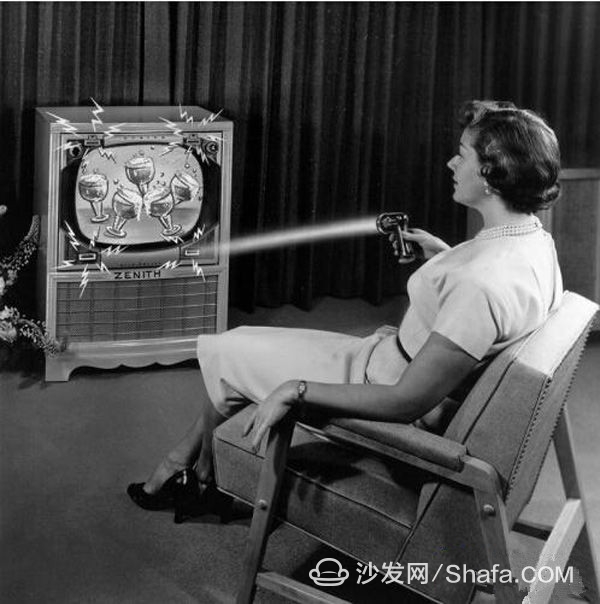 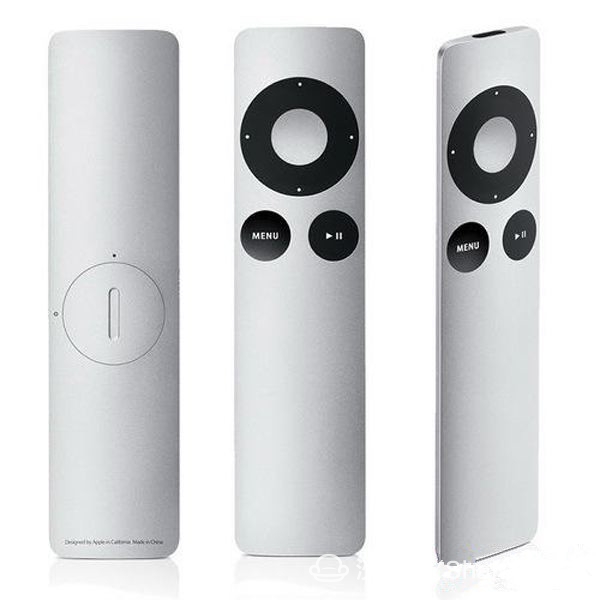 Apple TV's simple remote control
However, the evolution of the remote control has not undergone qualitative changes for more than half a century. It has never changed, and the remote-control tool innovation that has brought great comfort and convenience to people's home entertainment and leisure has been progressing slowly. As everyone knows, the television industry and the way and habits of people watching video to obtain content have undergone earth-shaking changes: the opening rate and opening time of television have become lower and shorter.
According to the latest data, Chinese people watch videos on smart phones for 170 minutes per day and 161 minutes on computers, which is far longer than the 89 minutes they watch on television.
Seventy-four percent of Chinese respondents believe that watching video shows has become a very important part of life.
Today, TV is being diverted by video websites and video apps. People's attention is getting farther and farther away from television. There are 80 memories of the most profound memories of TV. It dates back to the time when the whole family watched "My Fair Princess." To know that this is a movie and TV drama broadcast 20 years ago! Is television really moving away from people's lives? Can buying a smart TV solve this problem? I am afraid that is far from enough.
In the past, people could watch only dozens of TV programs. The devout viewers can record them with a single heart. Today, video content is tens or even millions of hours. It is simply moving up and down and left and right buttons on traditional remote controls. unimaginable. So, we often want to ask: what should be the remote control today? And most painful is that every summer, a TV remote control, a remote control for air conditioning, a humidifier remote control, etc. that are filled with home living room and bedroom... These guys occupy a lot of space and cannot be forgotten and can't always be found. When can it disappear completely? Is there a more convenient way to completely change the situation of this kind of remote control?
Remote control disrupter
Concerned about the innovation and development in this area, there are many entrepreneurial projects and products that also focus their attention on the remote control. Variety Wukong is a startup company that established a mobile phone remote control app in 2013. After more than two years of product polishing, today, Goku remote controller has become a synonym for â€œremote control,â€ and it can directly control smart TVs with mobile phones. There is a strong technical advantage in mass content aggregation and application management - simply put your phone into a remote control. The real subversion often comes from places that people do not pay attention to. It is changing the habit of users watching TV in a low-key manner through innovations such as quick search, WYSIWYG, and rapid discovery of devices. 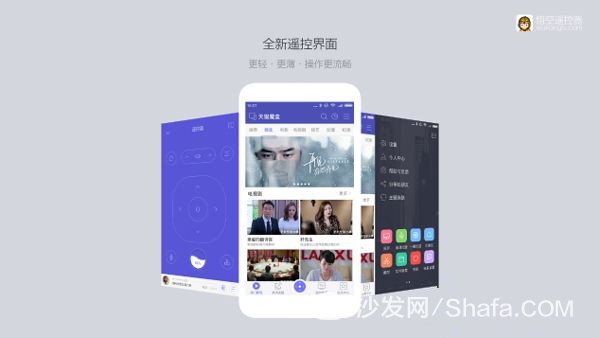 Wukong remote controller that redefines remote control rules
Live broadcast and on-demand play are two of the best ways for users to watch videos. If it is said that the traditional remote control can barely cope, then the traditional remote control can't cope with the on-demand of massive video resources and personalized content. It is tedious and inefficient to find out by moving the up, down, left, and right keys and +/- keys. The content of the content is no longer realistic. Whenever you watch TV, you always want a way to actively and quickly find all the content you want. However, we must know that home has bought a smart TV, 4K TV, and finally used the original Taiwan, "find" the matter itself, how difficult it is! (Everyone knows...)
The search function is the efficiency choice of on-demand demand. In the face of more personalized content requirements, Wukong provides better and faster search functions for search-dependent patients who want to find videos and applications. You can search the entire network content of the current mainstream video sites. Sources of 5 major video content providers such as iQiyi, Tencent Video, Youku, Sohu, and Mango TV can be easily found (you know that you can download countless videos from the App. The pain is simply beyond words. In addition, in application management, Wukong also integrates three major application stores in the TV field, with one-click download and installation. Each user can manage TV applications just like his own mobile desktop. 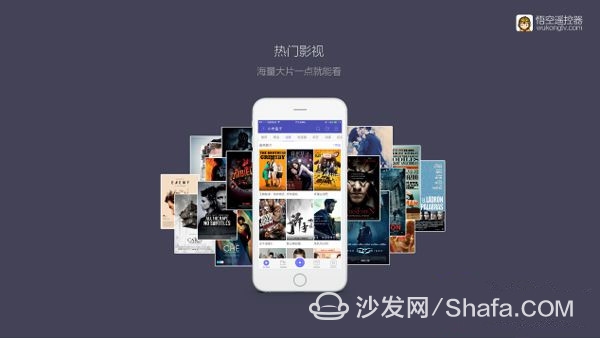 Second, on the Goku remote control interface, the video content is what you see is what you get. Forget about left and right buttons! The days of remembering the channel number to watch the show on TV are finally gone forever! (Thankfully, every day we are bombed by how much information, how much brain capacity is reserved for the channel number...) You just need to know the program you want to watch, the mobile phone can be presented on the TV side with one click, in addition, due to the TV and the box CPU and memory are generally small, and Wukongâ€™s close-to-clean memory function also gives users a good experience.
In places that users can't see, Wukong Remote Control also has a lot of basic skills. When connecting devices through a LAN, Wukong found the device to be very fast and easily identified in 2-3 seconds. This is based on Wu Kong's profound understanding of network protocols. Using network features can achieve high concurrency in the case of low performance mobile phones. Due to the high fault tolerance of the network protocol, Wukong sets different strategies for the TV protocol when the network is congested, ensuring that the impact on the user network is minimized. The intensive cultivation of the technology ensures the high stability of the product. Caton and delayed scenes are hard to meet.
This summer you can blow the air conditioner and eat the watermelon to enjoy the big piece, do not have to tangled in the sofa cannot find the remote controller! Finding a ball game or a drama that you want to watch, and enjoying your family watching TV, is nothing more than such a scene. Like many years ago you just used an iphone. No one knew that gestures can be as simple as operating a cell phone.... And today, when you want to connect to a TV, the media of that remote can be completely Missing. Open Goku and turn your phone into a remote!