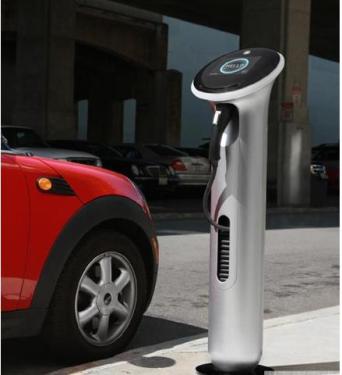 Relatively sufficient electric energy resources have given Harbin City advantages in promoting electric vehicles. However, the investment of 3 million yuan in charging equipment has been completed for more than a year, but so far it has â€œno rice cookerâ€

3 million charging equipment nobody cares Recently, reporters saw in the electric car charging station separated from the Hada fruit wholesale market, because no car to charge, the station is very deserted, basically in the closed state, only the charging pile and The charging rod stands alone, and the main charging equipment is locked in the large iron gate. According to nearby residents, the charging station has been in a state of â€œdisposalâ€ since it has no car to charge.

It is understood that on May 18 last year, the Provincial Power Company signed an agreement with the municipal government to build the first fully enclosed transparent electric vehicle charging station in the province by the Harbin Electric Power Bureau. Four months later, the charging station was completed and put into operation. The charging station is equipped with six functional areas such as a power exchange area and a charging area; four outdoor AC charging piles, two indoor AC charging piles, and four medium-sized indoor DC chargers can accommodate ten small and medium-sized electric vehicles simultaneously. In the same period, the city completed 110 charging piles. These 110 charging piles are installed in public buildings (office buildings, shopping malls, public parking lots, etc.) and parking lots in residential areas in urban areas. It is reported that a total of 3 million yuan has been invested in these charging equipments, and the annual maintenance fee is not a minority.

According to industry insiders, as an emerging energy source, the use of electric energy is still in its infancy in Harbin City. There is no electric car, and the charging station is also â€œno rice cookerâ€.

According to the investigation by the City Industry and Information Technology Commission, electric vehicles have been left blank in Harbin City. Currently, only Harbin Institute of Technology and Harbin City Jurong Company are two research and development projects for electric vehicles and have two experimental electric vehicles. In the true sense of the electric car that has entered the lives of residents, the city of Harbin is zero.

Compared to traditional fuel vehicles, electric vehicles do not produce exhaust pollution, noise is much smaller, has obvious environmental characteristics; electric vehicles are simple in their structure, easy to operate, easier to maintain; in the city, the car stops, the car stops Stopping the fuel truck consumes a lot of money, and the electric vehicle does not consume power when it is stopped. It can also realize energy recovery when braking, and its energy saving and emission reduction effect is very obvious. In addition, as far as the southern provinces and cities are concerned, Harbin has sufficient electric energy resources and the advantage of promoting electric vehicles is obvious. According to an industry insider, the current distance between the oil price and the electricity price is the same distance. The cost of an electric vehicle is only one-third to one-fourth of that for a fuel vehicle.

However, energy-saving and environmentally friendly electric vehicles do not really enter the public's life. The reporter went to a number of brands of car 4S shop to inquire, but were all told "no goods." The reporter asked the local brand â€œHafeiâ€ car sales store that had successfully developed an electric car. A staff member said that he does not sell electric cars at present and itâ€™s unclear when they will be sold. The BYD autos that will promote electric vehicles in some cities in China will also have their 4S shop sales personnel say that due to the low winter temperatures in the northeastern region, which have a negative impact on the use of electric vehicles, their company is not yet ready to sell electric vehicles in Harbin.

The popularity of electric vehicles lags far behind the construction of charging stations, and it seems that charging piles can only be idle.

This year, the first electric bus in Harbin was unveiled at the 110 bus line. The special "Black A0235 Test" license plate number and the "New Energy Bus Test Vehicle" logo of the "capacity environmental protection and energy conservation tram" have opened the curtain for the application of electric vehicles in Harbin City to real life. However, the 110-way bus is actually a hybrid electric vehicle with oil and electricity. At present, there are no electric piles used for charging. According to a driver of the team, the main reason for abandoning the use of electricity is the long and inconvenient charging time. The driverâ€™s words are the main concern for the majority of vehicle owners who have not chosen electric vehicles.

It is reported that the city government's "Twelfth Five-Year Plan" technology development plan stipulates that in the next five years, Harbin City will vigorously cultivate emerging industries for new energy vehicles. Focus on the development of hybrid vehicles, pure electric vehicles, and vigorously promote the development of lithium iron phosphate power batteries, automotive motors and electronic control devices, power management systems and other components, and accelerate the improvement of the hybrid automobile industry chain. Experts said that in addition to the need for breakthroughs in the promotion of electric vehicles, it is still more important to further improve supporting facilities so that the majority of car owners can choose to save money while also being â€œconvenientâ€.