Â· PWM control function of the upper arm driver: In order to save cost and weight, and strengthen the diagnostic function, the solid state switch (also known as the upper arm driver) replaces the electromechanical relay is the development trend of the actuator. Target applications are increasingly demanding these upper arm drives. In fact, in order to correct the transient events caused by battery voltage changes, the brightness of LED lights and ordinary incandescent lamps is stable, the system must use pulse width modulation (PWM) signals to control these drivers. This control function also prevents the incandescent filament from breaking quickly or the LED lamp from overheating when the car battery voltage is high.

â€¢ Diagnostic function of the upper arm driver: The upper arm driver provides a digital status or current sense signal proportional to the load current. Based on this information, the system must identify and report different failure conditions in a reliable manner: overload, short to ground or short to battery, overheating, open state, open circuit.

Â· Universality of platform solutions: The body control module not only controls several devices of a given model, but also meets the special requirements of different markets (Asia, Europe, America). In addition, the same body control module is shared between several different models. Reusing modules to reduce development costs and improve product quality is the main reason behind the aforementioned development trends.

These trends have led designers to realize that developing a cutting-edge body control module will face many challenges. Below we discuss some of the main challenges.

Traditional cars were originally equipped with three body control modules, located in front of the car, behind the car and outside, while Hyundai Motor integrated the functions in these three modules into two or even one module. The upper arm drive of the bus body control module usually has more than 40 channels, while the truck upper arm drive usually has more than 80 channels. The phase shift control implemented between the PWM channels is beneficial to prevent a large voltage drop caused by the simultaneous bulb surge current and improve the electromagnetic compatibility of the system. In addition, periodic monitoring and PWM control of the output current of each activated load is required; erroneous failure detection must be avoided, for example, overload detection due to high inrush current of cold incandescent filaments. The diagnostic function should also filter out spurious failure conditions, such as failure conditions caused by ISO pulses. The PWM signal generator with phase shifting function cooperates with the synchronous diagnosis function of a large number of channels, which may cause the load of the microcontroller to increase.

Stretching of the upper arm drive

To meet the functional safety requirements of ISO26262 (ASIL B), the supply voltage of the upper arm driver is usually divided into 2-4 voltage rails. Sometimes, a multi-channel upper arm drive cannot control more than one safety load (low beam, brake light, width light...). In addition to these limitations, optimization of the power stage size and variations in the automotive platform based on load characteristics may result in a drive region consisting of single-channel and dual-channel upper-arm drivers. In summary, we need a scalable, low-profile, upper-arm driver solution with low internal integration to perform synchronous diagnostics and PWM control.

According to the zero defect principle of the automotive industry, the safety, fault tolerance and robustness of anti-abnormal load conditions of electronic components and systems are becoming more and more important. In particular, shorting the output of the upper arm drive to ground must not cause the failed output to burn out. Despite the built-in protection mechanism, the standard upper arm drive will still be burnt under short-circuit conditions caused by thermo-mechanical stress and electron transfer. The longer the filtering time, the higher the risk of the upper arm driver being broken down. Today, when the diagnostic function is directly responsible to the microcontroller, the current detection or digital state of the upper arm driver is sampled for 10ms to 100ms. In addition, a filtering function must be implemented to avoid false failure reporting due to transient disturbances prior to verifying the failure condition.

The clock for the 8-bit resolution PWM signal comes from two external clock sources. In order to prevent the huge voltage drop caused by the simultaneous bulb surge current and improve the system electromagnetic compatibility, the L99PD08 introduces a phase shift control function in each PWM channel. The L99PD08 simultaneously monitors the eight channels of the upper arm driver and samples each diagnostic signal every 32Î¼s. In the on state or off state process, the real-time diagnostic function always considers whether the sampling is completed. When a PWM signal is applied, the final synchronization process avoids erroneous diagnostics.

When the upper arm driver is shorted, the L99PD08 reacts from 64 to 100 Î¼s to filter out the potential hazards associated with fast ISO transient events. The L99PD08's shutdown lock protection greatly enhances the robustness of the upper arm driver in the event of a short circuit without the intervention or intervention of the microcontroller. The performance evaluation of L99PD08 under the test conditions specified in the AECQ100-012 standard shows that the robustness improvement factor of L99PD08 is obtained during the long pulse test at -40 Â°C (reaction time 300 ms before shutdown, see Figure 3). The microcontroller provides 300 times the direct diagnostic architecture of the upper arm drive. 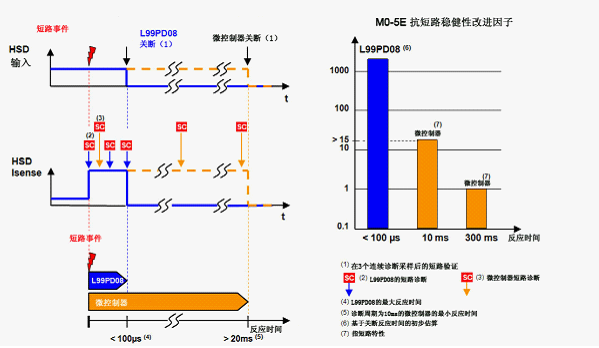 Figure 3: Improving the robustness of the device under short-circuit conditions with the auto-shutdown feature

The L99PD08 helps developers meet the increasingly stringent requirements of body control modules, with built-in PWM signal generator and synchronous diagnostics for short reaction times under short-circuit conditions. These features help to reduce the load on the microcontroller and improve the upper arm. The robustness of the drive. AMICO also improves the performance of the M0-5, M0-5E, and M0-5T series of upper arm drivers through the SPI interface, reducing the number of microcontroller pins required for 12V and 24V systems while reducing software complexity. The future development of automotive software is very beneficial, because with the introduction of the AUTOSAR standard in the automotive industry, the complexity of automotive software is an important issue that the automotive industry is about to face.