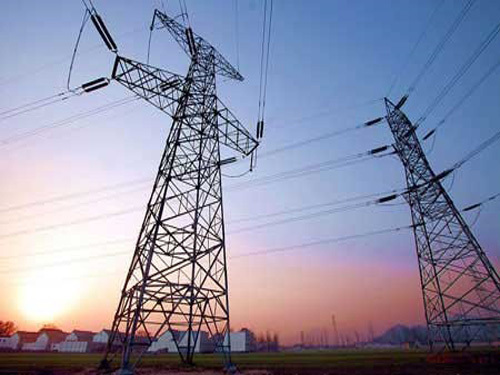 The power system reform led by the whole body is progressing step by step. Yesterday was an important node.

The Shanghai Daily reporter learned from two informed sources close to the decision-making level that the new power reform program was formally reported to the central government yesterday. The core content of the plan is to establish a new profit model for the power grid companies, and no longer use the Internet and sales price difference as a source of income. Instead, the government has charged the tariffs according to the transmission and distribution tariffs approved by the government.

At the same time, let go of the incremental part of the distribution side and the power sales side to allow private capital to enter. The plan will not split the grid and the schedule will not be independent.

This is since the State Council issued the â€œPower System Reform Programâ€ (known as the â€œNo. 5 Documentâ€) 12 years ago, and the power industry has once again ushered in profound changes. Different from the previous reforms, this reform will be more practical and more long-term.

According to the reported plan, the future power generation plan and electricity prices should be liberalized, and the incremental part of the power distribution side and the power sales side should also be liberalized to allow social and private capital to enter.

As for the independent reference of trading institutions, there are slight differences. Informed sources said that because of the complex costing involved, just checking the price of electricity would require a process. After the verification, the original plan was to push "trade independence," and the current proposal only mentioned "the trading platform is relatively independent." On the other hand, there was no progress in the splitting of the power grid, which had once spread to the public.

â€œIn fact, after the news that the UHV project was approved, the splitting of the grid indicates that it is impossible. Considering the pressure of steady growth is relatively large, the grid will continue to play a key role in maintaining the smooth operation of the economy.â€ A central think tank official told the Shanghai Daily News reporter.

In spite of this, the new power reform has made great progress compared with the past. If the sales side is released, it means that it is not the grid company that sells electricity in the future. Future power generation companies and even e-commerce companies may set up power sales companies to sell power to users. The grid profit model will also undergo a major change and will bid farewell to â€œeat the differenceâ€. In the future, it will take the role of transmission and distribution service providers to obtain revenues based on transmission and distribution prices. This also means that large electricity consumers can get cheaper industrial electricity prices.

Since the beginning of this year, the National Development and Reform Commission has held a number of new proposals for the reform of the electrical power reform program, and the senior management has also revealed the contents of the new power reform and the promotion of its footprint on various occasions.

â€œThe reform of electricity price is in parallel with the reform of the system. It is an administrative matter for the price division to release the price at any time. However, the system reform needs to be carried out according to law. Before the revision of the electricity law, some institutional reforms are difficult to make significant. Breakthrough," said the think tank source.

Research shows that in the future, after the sale of electricity is released, there are three types of companies that may join the competition: First, the power supply bureau that has been separated from the power grid will become a separate power sales company after restructuring personnel and assets; second, five major power generation groups; Engineering or equipment companies, closer to the user side, familiar with distribution network equipment and operation and maintenance.

An 18650 is a Lithium Ion rechargeable battery .

There are two types; protected and unprotected.

The average 18650 battery charge time is about 4 hours.

Charge time can vary with amperage and voltage of the charger and the battery type.