[Text|High-tech reporter Long Zonghui] A new round of reshuffle in the LED driver power market is approaching. 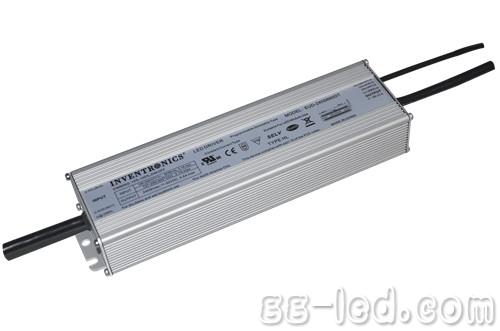 "At present, LED power supply in most countries belongs to the scope of compulsory certification, such as CE in Europe, diamond PSE in Japan, KC in Korea, etc." Xu Yingchun, director of R&D of Infineon Electronics, said.

â€œEven in some countries in Africa and Southeast Asia, although they do not have their own exclusive safety standard certification system at the national level, they are still required to meet the international standards of IEC,â€ said Chen Hao, Maoshuo Power Product Manager.

Because LED power supplies were only non-mandatory before, many power plants are not very concerned about this. For example, some low-end positioning workshop manufacturers in Zhongshan are only considering how to sell them, and export-oriented enterprises are more concerned about the certification standards of exporting places.

So the reality has become a standard, but no one is executing. Now the country has incorporated it into the 3C compulsory certification system, which means that all LED power companies must meet the 3C certification standards before they can go on sale, which will be a blow to companies that do not follow the rules.

"The national standard is of course good. We welcome both hands. It will play a very positive role in the black sheep of the sweeping industry." Zhou Bright, general manager of Shenzhen Keli.

When the EU issued new regulations, most domestic manufacturers complained, saying that the cost of certification fees has lowered the competitiveness of overseas countries, and the standards are too high to reach.

The reporter learned that the current cost of 3C certification is about 30,000-50,000, and it still needs several thousand yuan of inspection fees every year. The certification time is about 3 months. For a large number of companies, even if the cost of 50,000 is quickly digested in each product, companies with small shipments will need a certain amount of time to digest the cost, but the overall will not bring too much Impact.

From the time point of view, the implementation of the 3C certification is September 1, 2015, and it is more than one year away. However, the fortunes of the new EU standard have also been shown in this 3C certification. Everyone is holding on to the drag and wait until time.

"It will only be implemented next year. It is estimated that the inspection is not very strict at first. The General Administration of Quality Supervision, Inspection and Quarantine has to check so many products, and when it is not pumping LEDs, it is necessary to look at their manpower deployment and attention to LEDs." A LED power supply company CEO Said to reporters. Chen Hao said that the frequency of 3C certification sampling is actually very high. I hope that you will not be lucky.

SCOTECH manufactures a full range of three phase distribution transformers, they can be oil immersed or dry type, equipped with or without oil conservator, hermetically sealed or free breathing, with corrugated tank or equipped with radiators. The three phase Distribution Transformer are widely used in power system.

Primary voltage up to 35KV