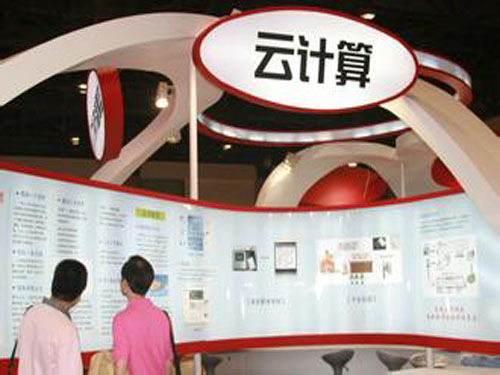 With the rapid development of the economy and society, criminals are becoming more intelligent, dynamic, and organized, and public safety emergencies are becoming more and more prominent. The battle between police and squatting has long been not limited to the long-running battles involving fighting and fighting. The guerrilla warfare of cats and rats, the prolonged fatigue warfare, and the consuming and psychological warfare ... The use of modern information technology to guide and manage public security work has become a necessary means and process for the transformation of public security work from traditional policing to modern policing in the information age.

How to change the tactics of the sea in the past to the leading policing model of today's information-led, accurate defense, and accurate control? How to achieve the "no growth and improvement" of the existing police force and the significant reduction in the cost of policing? How to quickly respond to the ever-changing first-line actual demand for informational weapons?

The new needs and challenges of policing informatization are facing. The new round of policing revolution is imperative.

This used to be a complicated task that depended on human tactics.

Prior to the construction of the policing cloud, the Jinan City Data Center had more than 200 servers. In addition to network, storage, UPS, precision air conditioning, access control, monitoring, fire fighting, emergency alarms and other equipment, there were thousands of units that could only rely on data centers. Several staff members manage. At the same time, there are many brands and models of application servers in the public security system in Jinan City. There are differences in the purchase age and configuration, and the server system environment is also very complicated.

With the development of business scale, the number of hardware devices is increasing, and the workload and difficulty of O&M management such as system upgrade and hardware maintenance are gradually increased. It is often difficult for business developers to accurately estimate the actual growth rate and suddenness of load, and each service When the system is deployed, hardware can only be purchased in accordance with the upper limit. The use of server resources is low, and spare resources are not released. At the same time, the TCO remains high.

Director Zhou Jianping made comprehensive statistics on the IT application of the Public Security Bureau of Jinan City. The overall utilization of the overall resources of more than 200 servers was very low, the memory utilization rate was 36%, and the processor utilization rate was only about 20%. Even when deploying new machines, because there is not enough space, there is no power supply, and it is only possible to shut down previously less important applications before moving more important machines.

Cloud computing, as a new IT application model, has attracted widespread attention from the industry.

Based on the convenience brought by cloud computing technologies such as increased utilization, cost savings, and management flexibility, users of all walks of life have migrated from the traditional IT architecture to the cloud, and have deeply felt the many advantages brought by the cloud architecture. However, cloud computing is still a new thing in the public security police industry, which requires a higher level of system security, availability, and reliability.

At that time, there were constant discussions and doubts about cloud computing in the industry, and the country did not have overall plans for this. For the Jinan Public Security Bureau, more is expected.

However, after seeing that the cloud computing construction in other industries in the region has started and begun to take effect, at the same time the Ministry of Science and related ministries and commissions â€œChina Cloudâ€ plan has been launched, and the Jinan Public Security Bureau has finally decided to try the cloud computing. Fresh crab."

In March 2012, the leadership team of the Public Security Bureau of Jinan City led the team on several occasions to investigate and discuss with domestic industry experts. On November 7, the Jinan Public Security Bureau and the Inspur Group officially signed a cloud computing cooperation agreement, which was jointly created by both parties. The public security cloud computing center was officially launched.

Today it seems that this move is on the right track. Under the new situation, cloud computing is undoubtedly the best choice.

Inspur is based on the four networks of â€œPublic Security Network, Internet Internet, Image Special Network, and Secure Access Networkâ€ and relies on five platforms: storage platform, network platform, security platform, application platform, and management platform to conduct command, criminal investigation, and law and order The application of public security services, such as household and government affairs, was focused on, and the Jinan Public Security Cloud Computing Center was built to handle 154 applications of 3 billion data.

With the arrival of six new Inspur TS850 eight-way servers, not only has 154 old and new applications of Jinan Public Security been relocated, but also different types of data including unstructured data such as videos, fingerprints, and case information. Between storage, association and mining.

Work efficiency reduced from months to hours, "a small guy can get it"

The cloud computing center is a large platform for integrating various application business systems. It is like a "big pool". Various business systems and information resources are like "water" placed in the pool. "Water" and "water" can be more closely linked, flowed, and merged, breaking down barriers to each other and forming a strict public security information system.

Today, this â€œbig poolâ€ is still importing application systems and data resources, and at the same time, it releases tremendous performance. According to the Director Zhou Jianping, he said: "Once the public security cloud platform in Jinan City is completed, the benefits we receive are obvious. At present, the cloud center achieves about 50% energy saving before integration, 70% space saving, and significantly improves work efficiency when the management police force saves 50%. Taking Jinan Public Security Bureau's engine room as an example, in the 'cloud computing' mode, it can save electricity costs by 700,000 yuan a year, and the total investment cost is greatly reduced. â€

Into the era of big data, release the potential of cloud computing platform

However, the exploration journey of cloud computing by the Jinan Public Security Bureau is far from over.

According to Wang Bohua, CTO of Inspur Group, the core values â€‹â€‹of the public security cloud computing platform are divided into two phases. The first is to build a cloud computing data center to realize the integration of various types of data, and then to conduct analysis and excavation of big data and conduct behaviors. The application of various big data analysis methods, such as trajectory analysis, social relationship analysis, biometric identification, audio and video identification, bank telecommunication fraud analysis, public opinion analysis, etc., provides support for command decision-making, various police intelligence analysis, and judgment, and The focus of public security can be quickly and accurately positioned, timely and comprehensively grasp information, scientific command and dispatch police force and social security forces to solve problems quickly. The handling of big data is also the focus of public security cloud performance enhancement.

The current application of big data has broken the traditional development path of public security work, opening up new development paths for policing operations, public security enforcement, and team management in the Jinan Public Security Bureau. The Jinan City Public Security Bureau is in cooperation with the Inspur Group to develop a cloud platform and has also started to work on the application of big data. "Controlling data through cloud platform, using data mining for monitoring of big data, realizing data fusion processing of portraits, fingerprint comparisons, bayonet monitoring, etc., providing the basis for command and decision making and social public opinion analysis." Zhou Jianping, Director Say, the next step, the two sides will build a big data platform based on the new architecture, provide comprehensive data analysis and excavation for each department, and further enhance the policing ability.

Features for this type of charger are multiple:

1)     Wireless makes you free of cables,it charges your phone or ipad conveniently.

4)     Start charging asap as the phone contact with the holder.

This wireless charger can be suitable for different models of cellphones by adjust it`s size with high compatibility,adopting the most stable chip scheme in the industry, the circuit design fully considers the design of over-current, over-voltage, short circuit and temperature protection.Products passed RoHS /CE/FCC Certificate, lead-free technology, recyclable.You deserve it!