According to close people, the rumors of LED development in the Great Wall are not easy to say. They can only be said to be more complicated, "not good investment".

It is also a big story that is confusing.

Since May 18, Great Wall Development (000021) has climbed from the opening price of 12.51 yuan to all the way to June 4, closing at 16.4 yuan, up 31.1% in half a month. In one month's inspection, the Shanghai Composite Index fell 4%, but the Great Wall Development rose 20% against the market. This makes it one of the strongest stocks in the past month.

All stem from a heavy news that has been widely spread by institutions: Great Wall has invested heavily in LED epitaxial wafers and chips.

However, the simple investigation of the financial weekly found that this simple logic may hide more complicated games. For ordinary investors, this may be an opportunity for bloodshed.

a rumor that surfaced

"Recently, everyone is watching the development of the Great Wall. I suggest that you also look at it." At the beginning of this month, when reporters communicated with an institutional investor in Shanghai, he suggested.

What caused the change in the development of the Great Wall. "Because Great Wall Development is involved in LED epitaxial wafers and LED chips," said the source. Another senior person in the organization was asked, "The private equity circle knows this. It is said that it is announced within one month. Some people say that they will start with 20 pieces."

The financial weekly report then found through the network search that the network has indeed contained the following rumors in many places.

But this is not the only version of the rumor, although the content is generally similar.

After a large number of search comparisons, the financial weekly report found that the recent rumors came from a rumor published on the stock website of the stock on May 25: "Great Wall Development 000021 and Taiwan Wafer Optoelectronics joint venture established a company, the Chinese holding chip, With a total investment of more than 10 billion yuan, it is possible to sign an agreement within one month. At present, the company's leadership has already gone to Taiwan for a field visit. If the agreement is signed, the stock price will be discussed on the 40th."

The author's IP address is 61.145.146.*, and he also said that he wrote something similar on another website. Since then the news has been reprinted by many websites.

In fact, the earliest rumors appeared on March 16th. The rumor said: "The Great Wall Development Company is currently the actual controller of the company. China Electronics Group is negotiating with Taiwan wafer companies to set up a LED joint venture company with a total investment of 10 billion yuan. This business will be handed over to the Great Wall for development, and Great Wall Development will invest 2.5 billion yuan." However, the rumor did not cause widespread spread.

Rumors behind the scenes

The Financial Weekly has verified more brokerage researchers. The attitude of most of them is not denying no confirmation. A securities company researcher told reporters: "The rise of Great Wall Development during this period is not mainly due to the quarterly results, but because of Another thing."

The above-mentioned people close to the development of the Great Wall revealed that "the content of the rumors is basically the same. In fact, there is no timetable for this matter, and it is not determined whether it is done by a listed company."

It seems that everything is not a passive water.

So who is the original intention to release this rumor of high accuracy and detail? The person said, "The specifics are not good enough to say that it is more complicated. This stock is not good for investment."

Other informed sources said that some analysts actually obtained the news from the company in the early stage, and CITIC Securities (600030, shares) in the recommendation report in April, euphemistically mentioned the LED imagination. Some fund companies have also received news from some brokerage analysts. The recent large-scale intervention of funds is quite obvious.

Not as beautiful as you think

Even so, the project is not optimistic for everyone.

"The LED companies listed now have basically a high valuation. Although the industry has great potential, the current pattern is also very chaotic. At present, it is still at the beginning stage, not worth so high, and now it is high. The development of the industry has been overdrawn." The above-mentioned brokerage industry researcher told reporters.

At present, the investment boom of LED has already started in China. In 2009, only in the application of semiconductor lighting, the output value will be as high as 60 billion yuan, with an overall increase of more than 30%. The speed of the domestic LED project, in the words of industry researchers, is "spreading everywhere, fierce competition, without technical accumulation as a dependency, it will certainly cause a lot of backward production capacity."

"According to our observations, pessimistic forecasts, overcapacity occurred in the fourth quarter of this year," said an investor from a Southwest brokerage.

Other brokers are also worried about the joint venture model. "Now the technology is advancing very fast. It is impossible for all the latest and most complete technologies to be given to you. It doesn't mean anything in the end. The most important thing is whether you have any technical strength. China and the foreign-funded companies with technology have failed to cooperate too much."

Whether you have an Apple Ibook, an Apple Powerbook or indeed an Apple Macbook Air, we will have the Apple Laptop Charger suitable for your Apple laptop. Apple is a high quality brand, and therefore Apple laptop charger must be high quality too.

Apple laptop charger include apple macbook pro charger series and apple macbook air charger series. Yidashun not only can offer 45W 60W 85W old mac charger with magsafe 1.0 and 2.0 tip, but also can offer new 29W 30W 61W 87W USB C Power Adapter. And also we can silkprint your logo on the chargers, and also can customize the color package.

If you want to look for a factory which can produce range models of the macbook charger, and also with high quality, contact Yidashun , we can offer you all kinds of replacement apple Adapter . and also support you high quality with 2 years' warranty. 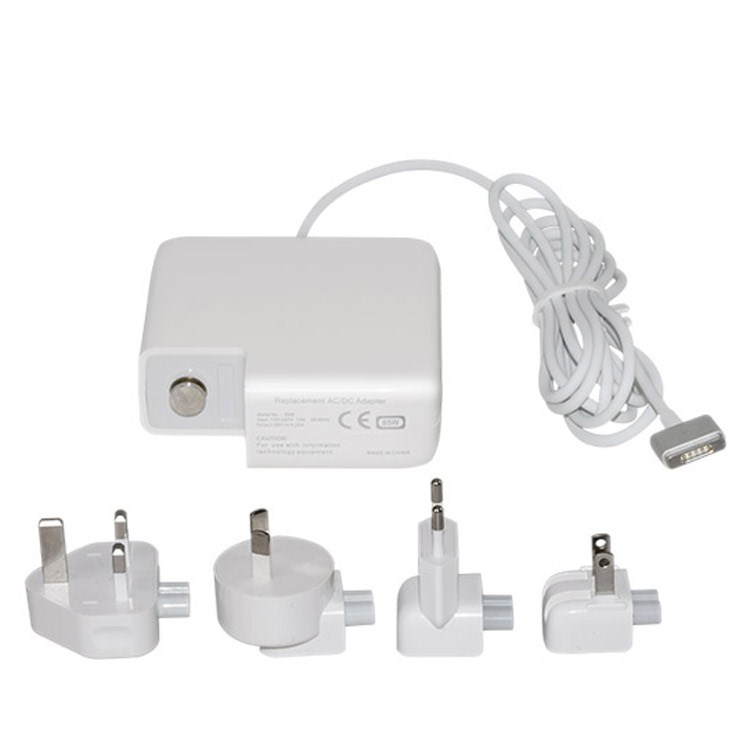 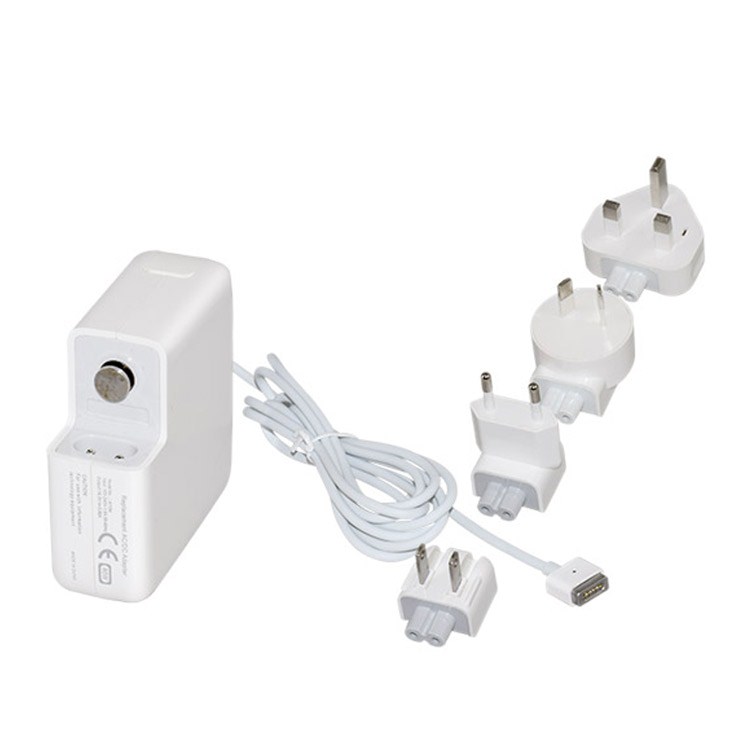 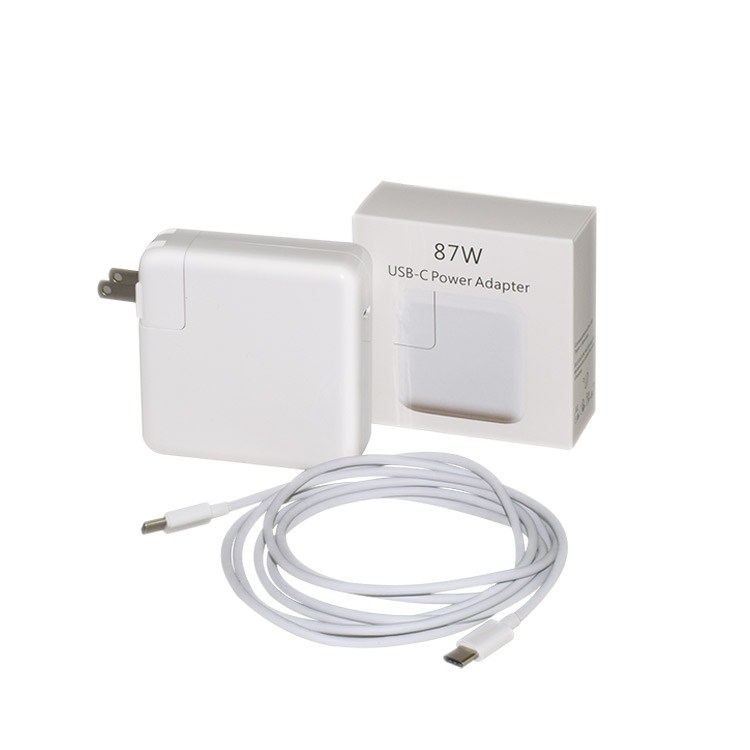