Just some time ago, the two kings of Kung Fu met!

Li Lianjie need not say that everyone knows.

Then there is one? 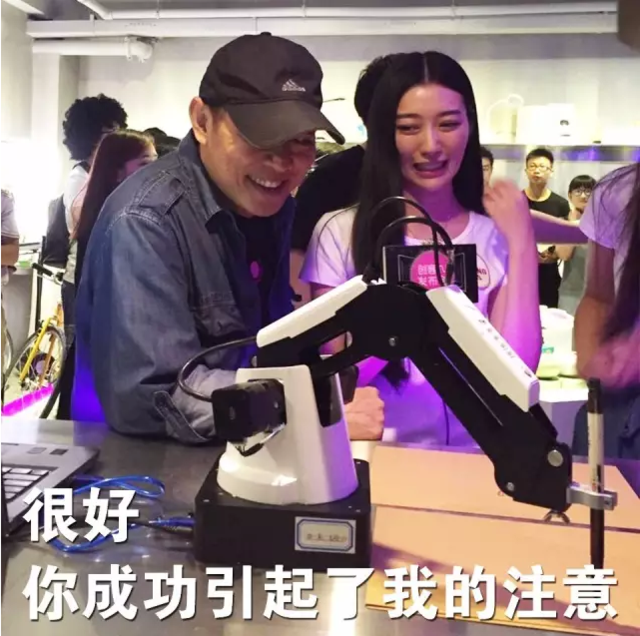 Do not look wrong. It is not the paper next to you. .

But in front of this robot! 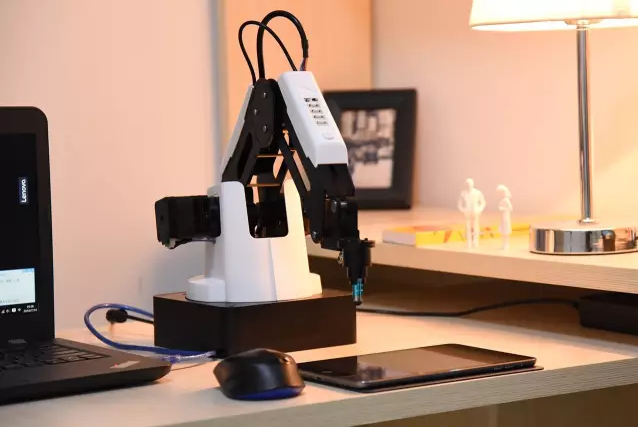 The name has wood is very familiar?

Yes, it is the Dobot robot that we introduced before.

Can draw and write ideas and control

And this overland magician that we are going to introduce today is its own younger brother. .

Although the seniority is low, the strength can be unambiguous.

What kind of martial arts does it have and how can it be in the same frame as Li Lianjie?

Compared with the thick industrial robots of ABB and KUKA, it is not only a fully-equipped robot with high precision, but also has a somewhat unexpected function.

Dobot's younger brother has a repositioning accuracy of 0.2mm and can do a lot of work well. Many people may have no concept. You can read this:

Easily print a vase in 3D! 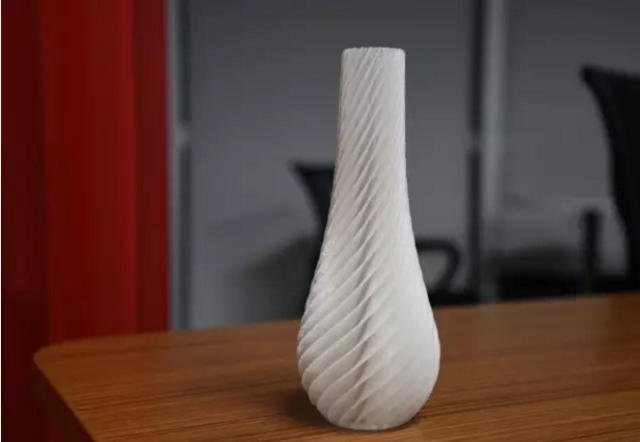 It's no secret to make an elf! Pokemon Go can say goodbye. . 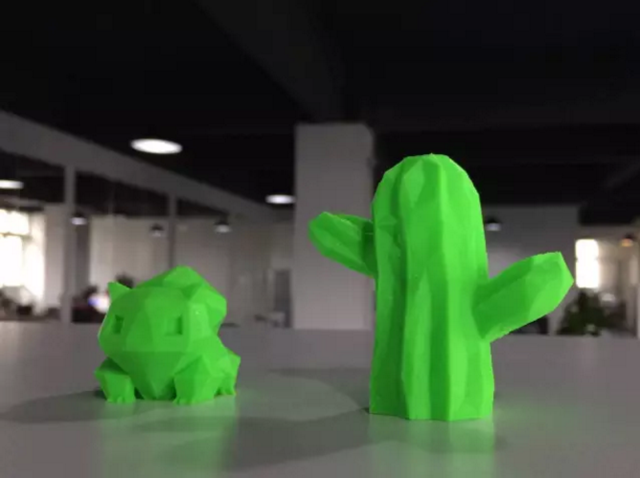 There are few cases in China where 3D printing is implemented on the mechanical arm transmission structure. Dobotâ€™s Viking Magicians can really say that this technique is flourishing.

It's easy for it to draw a picture or something. .

But what's worse is this. .

Note that it is not simply to draw lines. It is to engrave with grayscale patterns. In this way it can sculpt a more layered image, and not only that, but also sculpture on leather or wood.

With so many features, it requires a lot of tools... The designers of witty have long thought of this, Dobotâ€™s Viking Magician Robotic Arm provides you with standardized and various end fixtures: 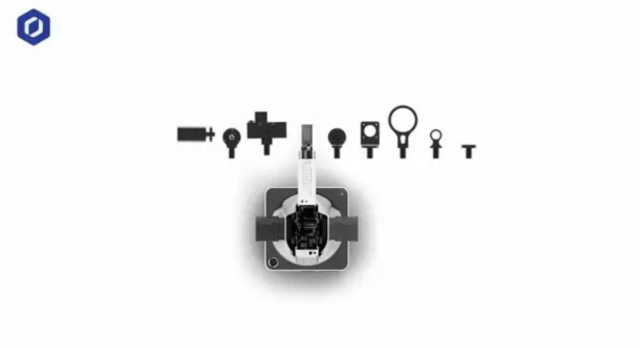 This quantity, there is a sense of the kind of big devil. .

The second level of realm: no teacher self-communication

The process of using popular products is extremely simple. Without a thick manual, the user can either understand it or go without a teacher to easily get started.

Dobot's Vijay Magician robotic arm is also extremely simple to use, such as:

You can teach it with your hands. With such a strong learning ability, you can save 100 hearts. .

The above-mentioned painting function only needs to import the picture on its own software, so that the robot arm can draw it out. 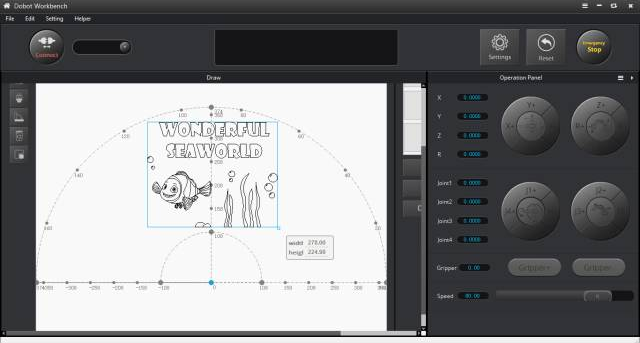 Software-supported image formats are also very rich, PLT, SVG, DXF, and even BMP, from the vector to the bitmap are covered! Only a simple process is required. The photos taken by the mobile phone can be printed right away!

The tools mentioned in the first layer of martial arts are also very convenient to change on the arm:

Replace the pen with a laser head

Compared to many machines that also need to change their heads, the speed is simply counterintuitive. .

And lastly, as intelligent hardware, this robotic arm also supports PC and mobile phone connection through USB, Bluetooth, WIFI, etc. You can even connect to Leap Motion, use gestures to control it, or connect EEG helmet , use ideas to make it run instructions. .

Is the sauce purple, first to find out about its expansion interface:

Seeing that some of the robots have played high estimates here have been unable to hold the hearts of the prehistoric monsters, but many people are aggressive: then I will not be programming ah. .

So there is this Dobot Blockly graphical programming interface:

Just do a puzzle and you can program! Now you don't have to memorize sentences and grammar anymore, you just need to follow your own ideas to make the puzzle.

Later when you make a robotic arm that will go, you can say: The program will write a little. .

Dobot Blockly also integrates Dobot's API interface with Magicians, so you can completely implement the secondary development on Dobot Blockly, which is a boon for developers. . 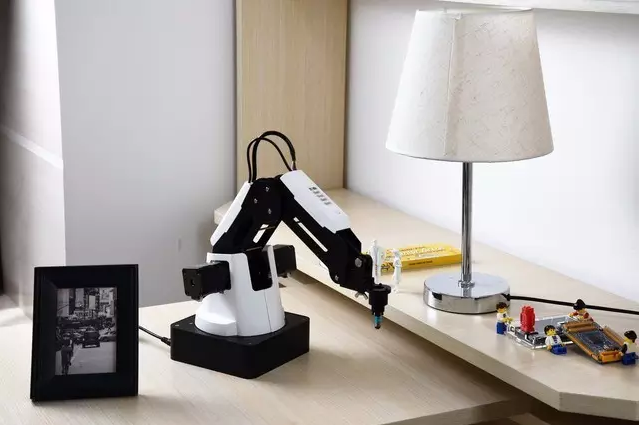 While it is powerful, it can pass on the joy of creation and learning to others. This is the highest level of martial arts.

Chao Peichao, CEO of Vientiane Technology stated: "We hope to bring high-precision, easy-to-operate robotic arms into everyone's life so that everyone can feel the convenience and pleasure brought by robotics."

At present, Dobot Vientiane Magic has started pre-sale, only need 20% off the original price you can get it, a robot arm that can replace 3D printers, master painters, programming teachers, but also can help you handle all kinds of small things!

This article from the Tencent News client from the media, does not represent Tencent News's views and positions.